Please get the old rate calendar back

Status: Declined 2 Votes
Vote for this feature
Watch This Topic
Reply To This Topic
reply

What happened to the rate calendar?
It was perfect for editing rates both on mobile and desktop.
Now it's needlessly huge, so you can only see 3 weeks at the best. Hard to scroll, select, and it's hard for eyes no matter if it's mobile or PC.
Please turn it back to old look.
Thank you!

Yes, the new layout is a recent update. We're definitely going to continue refining and tightening up the new layout -- you'll see more updates in the coming weeks.

I liked having one place to set rates and rules, not two, takes twice as long now to adjust rate and # of nights than it used to. Please re-combine.

Also, the rules and rates are each expanding to include more functions. We already added more rate setting options, and the rules side will be updated as well to include arrival/departure overrides. Because of this rules and rate buttons were separated and won't be recombined. It may take an extra click to set both, but the selected days continue to stay selected in the background, so it isn't a lot of additional work.

We recently (just in the past few days) released an update to make the rate calendar much slimmer and easier to use on mobile and tablet displays. The top header stuff is greatly reduced and the "set" button row is also collapsed. This allows an entire month of days to show easily in your smartphone window. Here's a pic: 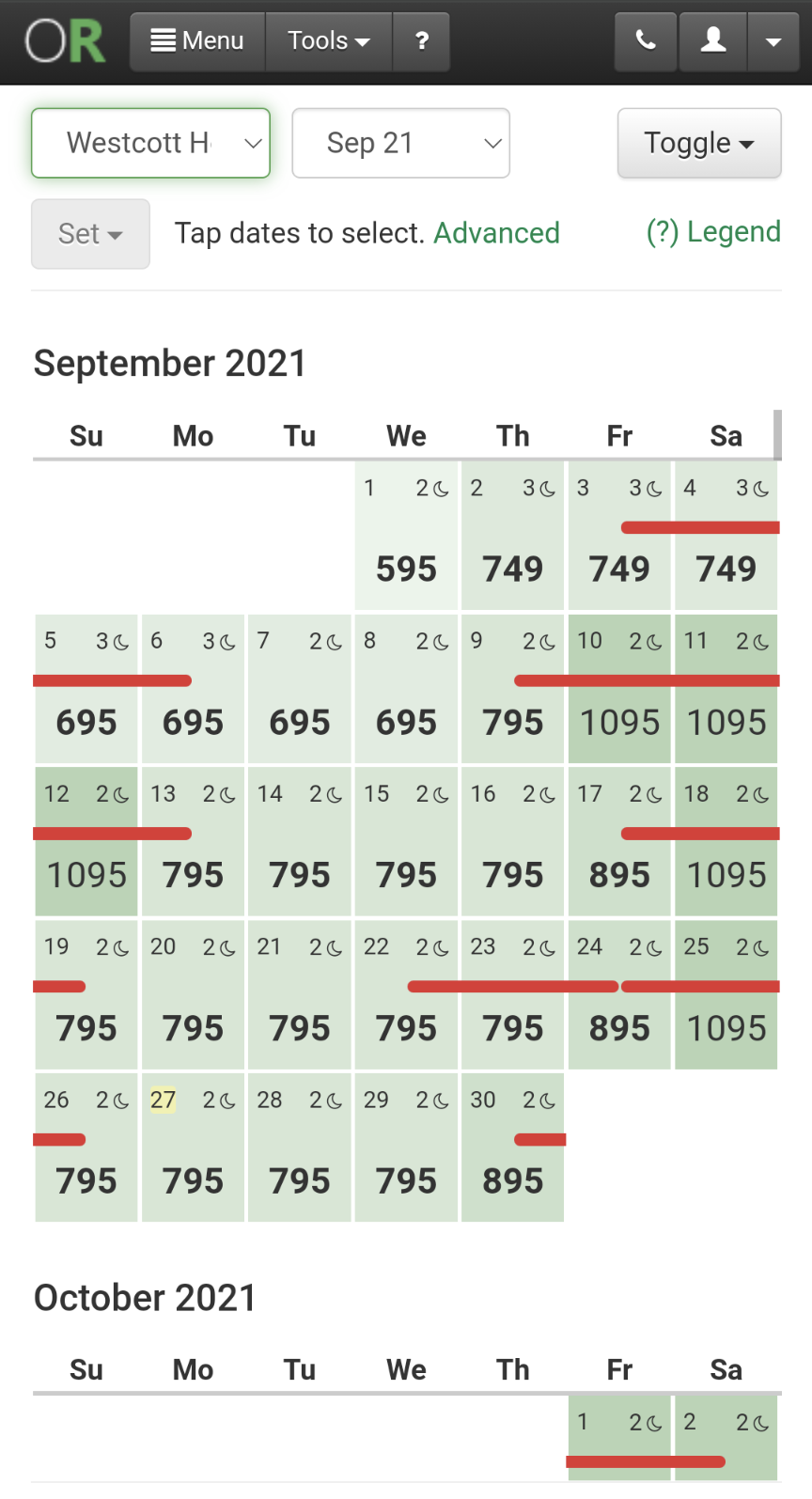