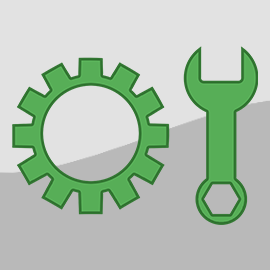 Happy Hump Day! 🐪  Although, I'm getting this out late, so it's probably already past Hump Day for our European and Asian users.

Last week, we mostly worked on major updates that aren't quite finished - long term stuff - but there were a few things that went out, so let's take a second to go over them...

There is now a Channel Rate Tester tool (under the top Tools menu) that shows a side-by-side comparison of OwnerRez rates next to the channel rates.  If you haven't seen this thing yet, check it out - it's pretty sweet.

Wondering what HomeAway will show for a property and set of dates?  We'll show you directly.  The tool hits channel APIs live and then returns a list of charges with the OwnerRez totals next to it.  The bottom then shows the full OwnerRez rate tester charges so you can see the breakdown in more detail. 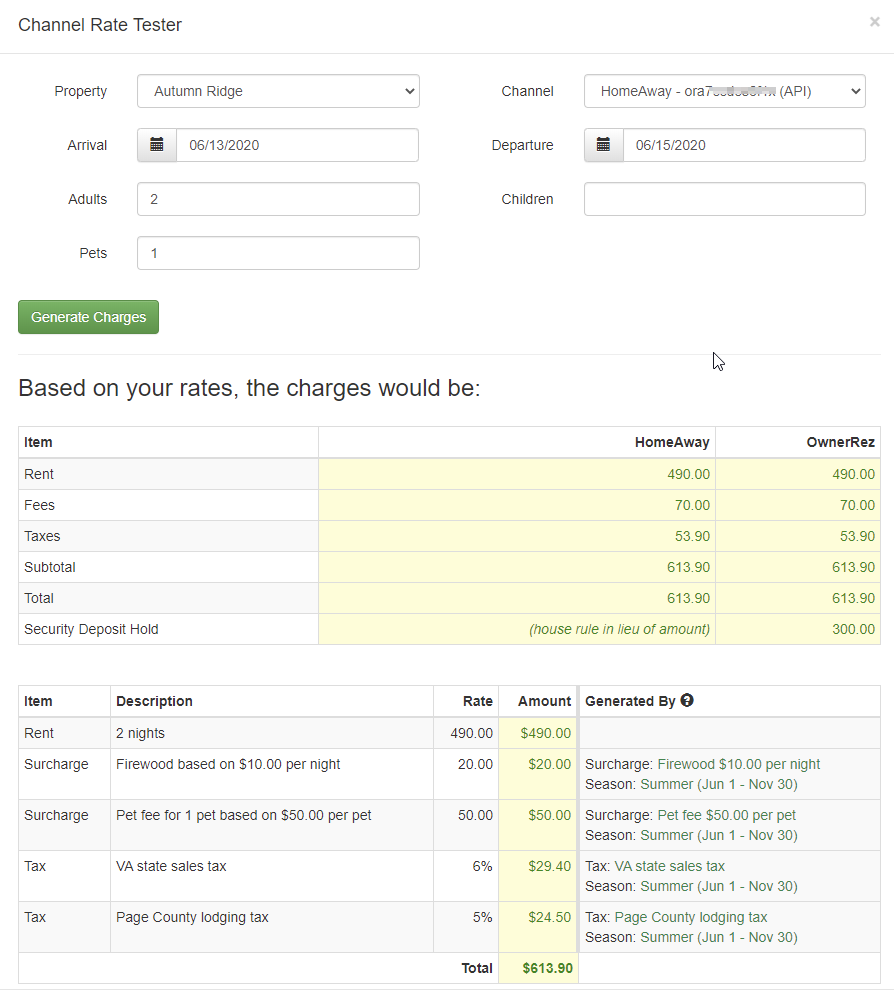 It works for the HomeAway, Airbnb and TripAdvisor channels only and, to be clear, it's only if you have API integration in place for those channels.

We added a 'booking only' option to CanadaStays calendar import (iCal) settings. This allows you to avoid situations where CanadaStays is serving blocked time back to OwnerRez resulting in a loop of activity.  Other calendar import types like HomeAway and Airbnb already had this option.

The rate table widget now calculates week and month columns by a range instead of fixed amounts.  Previously, there was a lot of confusion about the fix amount calculations.  Week and month calculations are hard to get exact because of so many factors with spot rates, exact arrival nights and so on.  The range option helps remove the confusion for guests.

Also on the rate table widget, we added a setting so that you can specify these options directly.

Channel Bridge has been enhanced in a number of ways.  We are now ignoring empty rows on the Bookings tab of the export file.  We clarify that matched-bookings (ie. matched against other properties and dates) are double bookings.  On overlapping bookings, we now show the dates and guest name to make it easier for you to research.  And past VRBO bookings with an 'unknown' status are now treated as cancelled.  The are misc. bugs that are fixed on Channel Bridge on an ongoing basis, but these enhancements should clarify and strengthen how users interact with the normal Channel Bridge workflow.

Reviews widget count.  We fixed the review widget to show decimal places properly for large numbers.  Some of you have a lot of reviews!  We wouldn't the guest thinking that's 200 when it's really 2,000.

Check-in Type lockbox options mention guests instead of hosts.  This was confusing previously as the Airbnb documentation mentioned hosts for some reason but we have now changed it to correctly refer to guests.

I may be slow, not enough coffee LOL. Tried channel rate tester for HA, and it shows same numbers in top table (HA) and bottom table (presume direct?) (and not a comparison of HA vs direct). My HA is +3% so i'd expect one table have greater amounts than the other but I see the same numbers.

Unfortunately it does the same thing with AirBnB. I think their programming is designed to show what the charges should be based on OR rules (which is the OR column) and then shows what the OTA would actually charge. I'm with you - would prefer to see what someone would pay if they booked direct vs. going thru the OTA.

Unfortunately it does the same thing with AirBnB. I think their programming is designed to show what the charges should be based on OR rules (which is the OR column) and then shows what the OTA would actually charge. I'm with you - would prefer to see what someone would pay if they booked direct vs. going thru the OTA.
I thought that was the point of comparison. Otherwise it is not a comparison but a (useful) calculator.
Paul W says:

@BlueMtn and Lydia: Thanks for the feedback - that makes a lot of sense.

The original point of this tool (Channel Rate Tester) was to see "price consistency" between OR and the channels. To our knowledge, nobody else offers this but it's highly needed. We had to lobby VRBO hard to get an API working that would let us test rates from our side dynamically, and they responded positively. In other cases, we're using heuristics to get close.

As we point out on the Airbnb option, price consistency is not possible with Airbnb because their rate engine is busted based on rounding mistakes, tax variations and other things Airbnb will hopefully fix in the future, but at least we're able to point out what the rates will be on both sides.

I think it's a great idea to add an "include rate adjustment" option so you can see your markup on there as well, but the fundamental purpose is to show price consistency as your rent, surcharges, taxes change on the OR side and you can't figure out what/where/why it's off on the channel side.

Thank you Paul. I am not sure what price consistently is, and I did not think that price could be inconsistent since OR pushes it to the channel. I guess I misunderstood the purpose of the tool, i thought it was meant to provide comparison at a glance between direct OR pricing and pricing that is pushed via channel (that can be different from direct pricing due to mark up or mark down percentage).

Price Consistency is an official program by VRBO and something they are requiring in the future. OwnerRez makes this simple, and does away with it as a problem completely for those on the API, but it affects a lot of people. Essentially, it means that you need to make sure your rates are exact on VRBO and not averages or estimates. Again if use the HA API with OwnerRez, we already do this for you.

It's been around for awhile, but VRBO is going to start requiring it soon for all PMs and PMS systems. Paul (the other Paul) mentioned it here recently:

More about it on the VRBO side:

Though the term was coined by VRBO, we wanted to extend the same comparison check to Air and TA and other channels to the extent possible.

Now that it's been rolled out, you are correct that it makes sense to see the rate adjuster in there too - after all, that's the real rate.