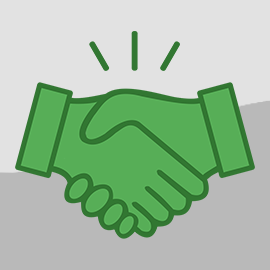 Before you run home for the day, here's an exciting little Monday tidbit...  OwnerRez now supports integration with Beyond Pricing!

For those of you that don't know, Beyond Pricing is a recognized leader in automated pricing for vacation rentals. The Beyond Pricing integration will dynamically insert rates into your OwnerRez account.

Kam Bain, Director of Strategy, Beyond Pricing says "Customers frequently contact our Support Team to request an integration with OwnerRez. OwnerRez was built by property managers, for property managers. It is this unique insight that ensures the PMS covers everything a property manager needs, from managing enquiries to offering travel insurance options. Their commitment to listening to feedback from their customers and building community around their users is great to see.”

Learn how to Integrate Beyond Pricing with Your OwnerRez Account.

How does this compare with PriceLabs?

@Julie B, I did a bunch of research on this topic a year ago when Beyond Pricing entered my market. While I did not actually demo Beyond Pricing myself to see, the consensus from numerous online discussion forums was that PriceLabs has the best data, Wheelhouse has the second-best data and the best user interface, and Beyond Pricing's data was less accurate.

That information is a year old, and I can't vouch for it personally (and so it may be completely wrong), but it's my take from the research I did on the topic.

As well, different pricing providers can have varying strengths in different markets.

How would we know which of the available pricing engines would be best for our market? I own beachfront condos along the Alabama Gulf Coast and have used vrbo's "market maker" but really don't have any idea how their data is generated and how it would compare.

First thing to do would be to ask them -- most will tell you if you're in a good market for them.

Next thing you can do is try them -- most of 'em have a free trial period where you can use their system, review the rates to see if they make sense, and see if you get more bookings.

Market Maker's data comes from VRBO's internal system. Actually, it's likely the best and most accurate data of any pricing system out there. One key metric they have access to that PL/BP/WH don't is *demand* -- as in the number of searches being performed. Other pricing providers are predictive (based on calendars of events) and/or reactive (based on price movement of other listings in your area); only VRBO Market Maker can actually see where demand is spiking and react in real-time.

They also are fairly transparent with their interface--you can manually go in and edit your "Competitive Set" so that you can see and compare your rates with those of the properties near you that you specifically compete with. If you have a luxury 5-bedroom lodge with top amenities, you aren't really competing with the 5-"bedroom" double-wide mobile home with a lean-to add on that's one street over, so you can remove it from your competitive set and whatever that owner does with their rates won't affect yours. They also have extremely accurate and specific data on occupancy rates, whereas the other yield-management services can only guess (leading to things like owner block-offs causing falsely higher occupancy, etc.), as well as internal data on your listing's performance (views/clicks/inquiries/review scores/etc.), although I don't know to what extent they use that data in the MarketMaker product. The MarketMaker team also has the support of a very large corporation (VRBO, owned by Expedia) that has a ton of data and expertise in this area. They're not perfect, though, and I've corresponded with their support team quite a bit to help squash some pricing bugs that cropped up after they released an update a couple of years ago.

The big downfall to Market Maker is that a) it isn't automated, so you still have to manually go in and click "accept" on their pricing recommendations every day (unless they've changed it in the last year), and b) the data doesn't sync out to third-party software integrations (like OR), so you can't rely on it to adjust your Airbnb or direct-book rates. You could monitor it and manually update rates in OR whenever you feel like it, but I don't have that kind of time or patience.

That said, the third-party pricing services are pretty good at what they do, and pricing trends are pretty well studied and the math behind the whole science of yield management is an entire and well-developed branch of the field of data science, so as long as their source data is accurate, they all tend to be at least in the ballpark of adjusting your rates. You may need to take the reins a bit more in setting an accurate "base price" with all of them, though, whereas VRBO will pretty much tell you what your property's price should be.

One thing I completely forgot to mention before: the biggest difference between BeyondPricing and PriceLabs is the cost: BeyondPricing charges (like Wheelhouse) 1% of your rental rate, whereas PriceLabs charges a flat fee per month (starting at $19.99 per month, but it goes down significantly if you have additional properties). For a single property, that means that if you get at least $2,000 per month in revenue, BeyondPricing will end up being more expensive than PriceLabs (1% of $2,000 = $20), but if you're just renting a small, cheap condo part-time or in a slow season, BeyondPricing will end up costing you less.